Using the stolen resources and hoarded wealth of centuries, in cyberyear 2222 the last remaining capitalists have rallied around the sorcerer emperor Otto Constantine I. Via a dark combination of modern hyper-tech and reality-shattering rituals, they have erected an impenetrable mountain range around the city-state of Neo-Klettgau and raised an army of Cyber-Hussars to enforce a brutal fascist regime.

Community, private enterprise, love, art, even music has been outlawed by the state, with every aspect of life being geared toward the state and its monopoly. Nobody knows what the Capitalists plan, and no one can stop them.

You stole a CD, downloaded an MP3, attended a secret concert, or just heard a song on the wind. However it happened, it hit you like a bullet fired from God's own gun. The shard of music lodged itself in your heart and awoke vast, impossible powers. Unstoppable magic. Unstoppable enough to lay waste to this cruel micro empire, and bring freedom to the world around you.

In Rennasistance, you play as a gang of revolutionaries, using real-life music playlists to cast powerful magic and fight an ongoing street-war against the fascist forces of Neo-Klettgau. Rise and empower the people, repair and restore what was stolen from them, and strike down the emperor before his plans come to fruition. Build Heat through your acts of liberation and watch the world react to your revolution.

This rough cut edition is designed to gather feedback for an eventual full version developed by crowdfunding, and lacks any fancy layout or graphics, and is fairly light on the lore and setting. I think it rocks, but a word of warning!

In order to download this game you must purchase it at or above the minimum price of $5 USD. You will get access to the following files:

Support this game at or above a special price point to receive something exclusive.

Free copy of the game

Every time a copy of this game is purchased, I add a free community copy.

"Community, private enterprise, love, art, even music has been outlawed by the state, with every aspect of life being geared toward the state and its monopoly" ... i thought these were capitalists? this sounds a whole lot like a communist move my man. like, private enterprise is the whole appeal of capitalism. in a communist system everyone works for the state... like what you just described at capitalist. i think you're either satiring too hard for a pea brain such as myself, or have things seriously twisted.

Communism is by definition stateless, where common ownership of the means of production enables massively more in the way of private enterprise (in the sense of individuals having time to build, make, research, develop projects, offer services, etc) than the fascist state depicted in the game (Fascism itself is often said to lack an economic ideology, frequently finds itself allied with large corporations and I tend to agree that it often plays out as a state-capital alliance in modern times, see Italy and Germany in WW2, or the various fascist/corporate collaborations in the global south), though I agree maybe a better word could be used given how the term kinda carries the connotation of enterprise as in corporate enterprise or a capital venture. I mean it more in the sense of the freedom to do what you want with your own time has been outlawed by the state.

Ideologically you may be mixing up Full Blown Communism with the transitionary state of Socialism, which does tend to carry state monopolies on production as a means of removing the means of production from the hands of the few and democratizing them among the workers directly, typically coordinated into a centralized state. In the world of Rennasistance this period passed for most of the world decades ago, and now everyone is living Fully Automated Luxury Space Communism. I'd say most of the people outside of Neo-Klettgau don't work for anyone but themselves now.

So you’re basically saying that the initially capitalist system was eroded away by monopolization via government corruption. This then lead to a totalitarian government controlling all enterprise as well as law. This is what people like Alex Jones are losing their minds over. It’s called Corporatocracy, and it’s basically what’s happening to America right now. You’re being spied on by basically everything with an internet connection. Twitter and Amazon are both conjoined to the government. banks own everything. typical Corporatocratic stuff. it’s essentially the opposite of free market capitalism. I see what you’re saying 100% though. It’s also called cronyism, Lemon socialism, and other things. 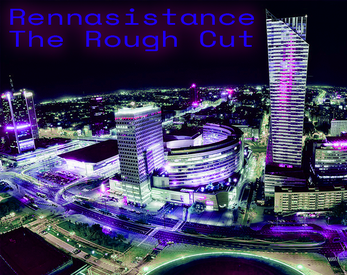